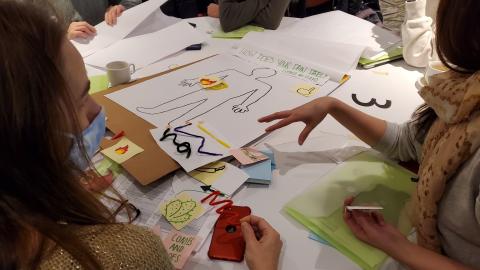 That’s how participants described feeling after an intense two-day skunkworks event where multidisciplinary teams were challenged to rapidly design innovative solutions to ease the burden of pain.

“The idea was to come together around an issue that affects patient populations around the globe and would also have local relevance,” said Dr. Amin Sajan, emergency physician at Providence Health Care and head of the Discover, Learn & Innovate for Impact Physician Advisory Committee.

On Day 1, problem pitchers described challenges related to pain and participants formed teams based on which problem interested them the most. Health care professionals from various disciplines, along with patients, students and participants from partner organizations joined forces. Under the helpful guidance of expert mentors, they were encouraged to unleash their creativity and bring disruptive ideas to life.

“I like working with multidisciplinary teams, so it's really interesting to hear everyone's different ideas and how we can bring them to the drawing board,” said patient partner Miranda Tymoschuk. “It’s nice to be able to have my voice heard.”

Teams explored their problem, identified key challenges and prototyped a solution. On Day 2, they put the finishing touches on their solutions and presented their ideas in front of a panel of judges for a chance to win prizes.

“We really want things that make a difference and hit our strategic goals for which populations we want to address,” said Allan Noordvyk, Executive Director of Health Informatics at Providence, who served as a judge. Noordvyk said the judges were also looking for ideas that were achievable, fit into the existing ecosystem, but were also disruptive. “That’s a tough mix to achieve.” 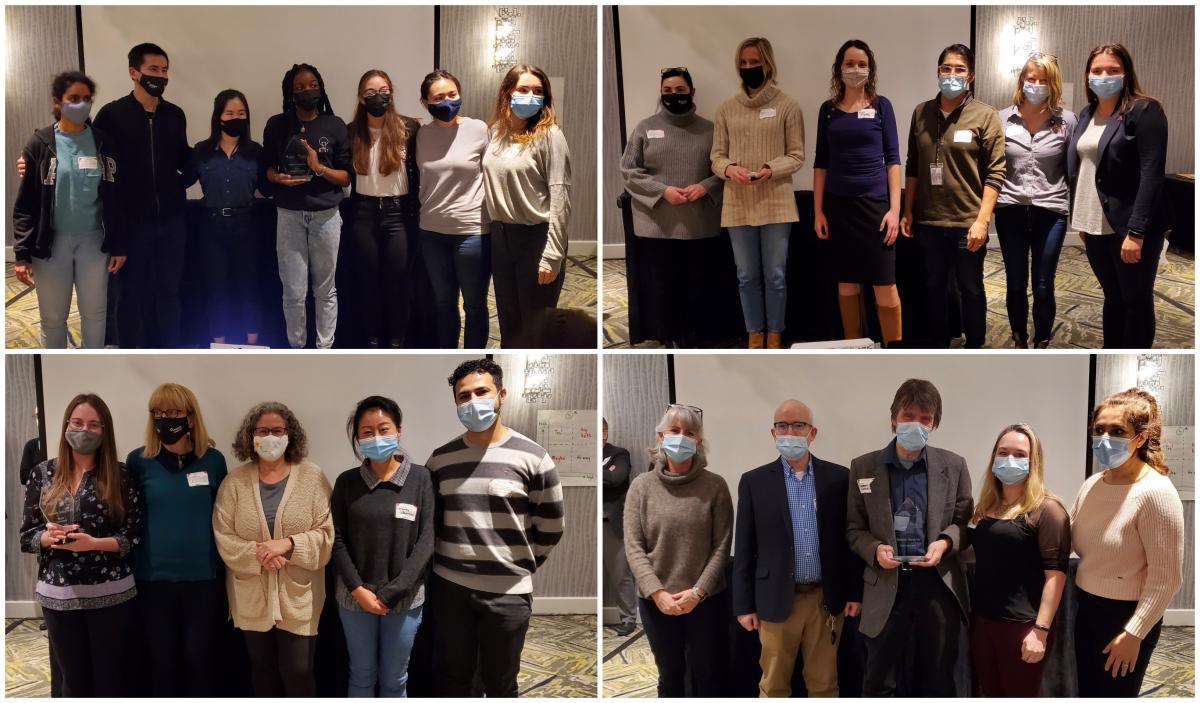 All nine teams must be congratulated for their creativity, passion and effort, but only four teams went home with awards:

The award for the best product or commercialization opportunity went to a team whose project tackled language barriers in pain communication. The group came up with an app that can more accurately translate what a patient is saying by incorporating non-verbal model training and suggestion prompts.

This award comes with an up to $50,000 investment into a corporation or similar structure within one year of the prize being awarded.

The project with the biggest (patient, biopsychosocial, or medical) impact on conquering pain was one that sought to help people living with pain in rural and remote communities in BC. The ADAPT (Accelerate Distance Access to Pain Treatment) app is designed to support the patient journey when they access treatment and services.

This award comes with up to $15,000 to advance the winning team’s idea.

The award for the idea with the most potential to spread and scale to improve patient care went to the team behind The LOOP: BC’s Pain Care Community for Youth. This tool is designed for youth aged 18 to 24 who have chronic pain and have aged out of pediatric care and need support navigating coordinated treatment and care.

The above pitches represent high-level ideas and the teams will be supported to develop their concepts. In addition to the monetary prizes noted, in-kind support will be offered to all winning teams.

UBC Biomedical Engineering student Coralie Tcheune was part of the team that won the Commercialization Potential award for coming up with SpeakEasy, a translation app that aims to reduce language barriers when talking about pain.

“We are very excited to keep developing the idea,” Tcheune said. “We’re going to hopefully get more professionals together, make use of the prize, and really understand what it’s like to create a start-up and have a business.”

“This is really an example of how Providence is creating more infrastructure, more resources, more support around innovation,” said PHIR+E Executive Director Ivone Martins, noting that there will be more skunkworks events planned in the future.

For Providence Research President Dr. Darryl Knight, skunkworks exceeded his expectations immeasurably. “This was a phenomenal success,” he said. “The level of energy maintained over a day and a half was palpable.”