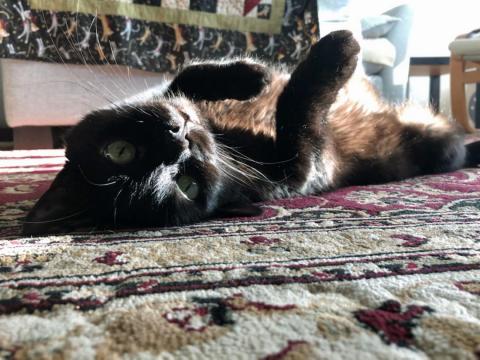 Scientists are offering new hope to all those who sniff and sneeze in the presence of cats.

A pilot study has shown that an experimental vaccine can reduce the systemic immune response and symptoms of allergic rhinitis in individuals allergic to cats, including nasal congestion, sneezing, nasal itching and runny nose.

The vaccine, called Cat-PAD, uses peptide immunotherapy to target the immune system and train it not to overreact to the most prominent cat allergen, known as Fel d1, which is excreted in a cat’s skin, saliva and urine.

Published in the journal Allergy, the study involved researchers from the PROOF Centre of Excellence, which is co-hosted by Providence Health Care and UBC, and from the non-profit research network AllerGen. The researchers are based at UBC, McMaster University and Queen’s University.