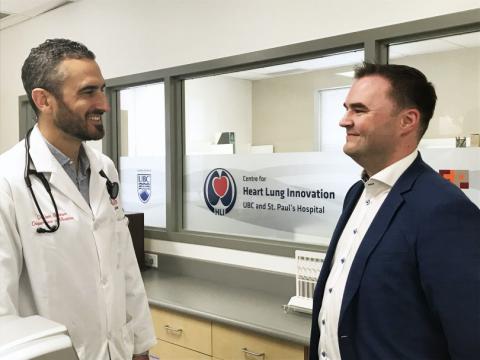 When Vancouver accountant Richard Myers complained of chest pains in the spring of 2018, he chalked them up to the stress around tax season and its many 12-hour workdays.

But the pains persisted. So Myers, then 36, underwent tests, including a CT scan. A more invasive angiogram procedure to identify coronary blockages was ruled out because he was thought to be too young.

Surprisingly, the CT scan found a 40-50 per cent blockage in one of his cardiac arteries and in October, in he went for an angiogram at St. Paul’s Hospital. The news was even worse – he had a 95-per-cent blockage.

He immediately underwent a balloon angioplasty to open up the blockage.

Myers says he was told that had he been older, he likely would have had the angiogram earlier. “But I was 36 and no one could believe it might have been heart disease.”

Myers, now 37, and other young people like him are the focus of a new study released today by the Journal of the American Heart Association.

Researchers, including several from St. Paul’s and Vancouver General Hospital, used the Cardiac Services BC data bank to look at trends around young patients (men under age 50 and women under age 55) between 2000 and 2016. It reviewed information from 12,519 young adults.